It is quite unlikely that in the last two and a half years, as we "were protecting" ourselves from the virus in our homes, anyone of us imagined that millions of people would be forced to flee their "safe strongholds." Hardly anyone believed that the end of the global health pandemic would come with the start of a war. A war in Europe in the 21st century. But life is an unpredictable screenwriter, and that's exactly how history unfolded. Life shows that part of the solution to any problem is to look it in the eye, to see and recognize it. This is proven by one of the latest artistic projects in Bulgaria, created to help those fleeing the war in Ukraine.

The interactive exhibition "Little Witnesses of the War" presents drawings of the most innocent victims of what is happening - children, and their views on the war. The initiator, organizer and author of the creative concept of the project is "121 Agency" in the person of Genoveva Andreeva, in partnership with the National Network for Children.

"The drawings have reached us through the Kids Creativity Museum in Kyiv. We contacted the lady who runs it in a very interesting way. One day, while we were wondering how we could help, I found an internet agency in Kyiv with an activity similar to ours. I contacted them with a proposal, if they have acquaintances who have already arrived in Bulgaria to call us to help them with what we can - with contacts, accommodation, work. So, one of the women from Ukraine who called us was Natalia Skliarska. It turned out that she has a foundation that collects children's drawings and is the founder of the Kids Creativity Museum in Kyiv."

After the initial meeting, they decided to hold a joint exhibition in Sofia. Genoveva says that such an exhibition has already taken place in Natalia's homeland, but it was in a classic form. Together they decided to upgrade the project and turn it into an interactive exhibition of five installations, in the form of hexagons with a child's height. "The idea is literally to bend down and look through the eyes of  children and understand how they see the war," explains Genoveva Andreeva.

And the drawings themselves are a chronology of the "unthinkable" that is happening today. From the first day of the war, the Kids Creativity Museum began collecting drawings of Ukrainian children created to the sound of sirens and bombs to explore the war through their eyes. They reach them digitally from various cities in Ukraine, including Kyiv, Mariupol and Kharkiv. Very often parents themselves send photos of their children's drawings, which are then published by Natalia Skliarska's team.

"In a nutshell, the mission of the Kids Creativity Museum is to study the worldview of children on certain topics and, accordingly, to protect their interests and to comply with their point of view," explains Genoveva Andreeva. For example, before the war, children made a lot of drawings connected with the COVID pandemic, she said.

Very symbolic is the place where the "Little Witnesses of the War" was shown for the first time - the Sofia subway. For two weeks, two of the big stops on the Sofia Metropolitan became home to the five "artistic children" of the project.

"Of course, the association we make is with the subway stations in Kyiv and not only that, which have become a symbol of escape from the war. Many of the children spent their first days there, and this was their refuge. Most of the drawings we show were created right in the subway, so we decided to start from there," Genoveva explains.

And how do children see the war today? With a heavy sigh, the young Bulgarian replied that one should look at the drawings in order to comprehend the answer to this question.

"There are drawings that have direct messages such as “NATO, please close the airspace”, “Putin, stop the war!” or simply “I don't want a war”. In others, soldiers are depicted as angels. One of my favourites is a simple picture of cows in a field. It's called Peace Meadows and represents a child's dream of seeing the place he lived in the way it looked before the war. The dream of peace in its purest form”.

Until the end of the month, the exhibition can be seen at the Cinema House in Sofia, where it is part of the International Festival "Look at Ukraine with Different Eyes". On May 31, the drawings will be part of a special event to present the Golden Apple Children's Contribution Awards at the Children's Puppet Theatrе, organized by the National Children's Network. It is known in advance that this year's special award will be given to volunteers who help Ukrainian refugees. The installations will also be part of the Art Action cultural awards ceremony on June 22 at the Toplocentrala art space in Sofia. The main goal of the project is to raise funds for the urgent needs of refugee children in Bulgaria through the Fund for Ukrainian Refugee Children, established by the National Network for Children. "We plan to keep the exhibition active for at least a few months, because the need for funds for these children and their families will not end soon. Even if the war ends tomorrow, these children will still need many things," Genoveva Andreeva explains.

You can see the kids' paintings HERE.

* According to UN data, as of April 12, 2022, more than 4 million children have fled their Ukrainian homes. 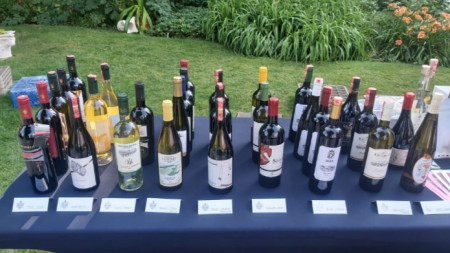 Albanian wine - a bridge between our two nation, why not?‎

‎On July 4 th the Embassy of the Republic of Albania in Bulgaria organized in the University Botanical Garden in Sofia the first event dedicated to the tasting of Albanian wines in Bulgaria - an excellent opportunity to bring our two peoples.. 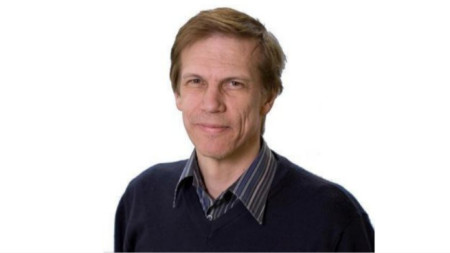 Prof. Luc Van Gool, a world-renowned researcher and one of the most cited scientists in the field of machine learning and computer vision, will join the team of the Institute for Computer Science, Artificial Intelligence and Technologies (INSAIT) based..

We have discussed emigration – to Western Europe or overseas – many times. The reasons for making such a choice – a better life, higher pay, higher appreciation of human skills and abilities have also been analyzed many times, as have the..

Prof. Luc Van Gool, a world-renowned researcher and one of the most cited scientists in the field of machine learning and computer vision, will join the..

We have discussed emigration – to Western Europe or overseas – many times. The reasons for making such a choice – a better life, higher pay,..