French démarche towards North Macedonia for the negotiations with the EU At the NATO summit in Madrid, French President Emmanuel Macron said that there was a compromise solution on the negotiation framework of North Macedonia with the EU, which also includes Bulgaria, BTA reported.

North Macedonian President Stevo Pendarovski assessed the proposal of the French Presidency as far better and modified. Pendarovski said that the authorities in Sofia are also familiar with it, and after consultations the two countries will announce their final decision.

North Macedonia’s Prime Minister Dimitar Kovacevski said that following Skopje's remarks, "historical issues will not be part of the Negotiating Framework," but the proposal would still be discussed.

Bulgarian Foreign Minister Teodora Genchovska clarified to BGNES that there was no new French proposal that differed from the one already approved by the Bulgarian Parliament. On June 28, Turkey gave the green light for Sweden and Finland to join NATO. At the pact meeting in Madrid, Turkish President Recep Erdogan hailed it as a victory for Ankara. All problematic issues for Turkey were included in the memorandum with the two northern countries, Erdogan said, pointing out that if the commitments were not fulfilled by Stockholm and Helsinki, the Turkish parliament would not ratify the protocol for their accession to NATO.

Erdogan added that Sweden and Finland should make changes to their terrorism legislation as soon as possible and that Sweden had promised to hand over 73 terrorists to Turkey, Ansdolu Agency reported.

Serbs remain reserved towards the EU and NATO If today there was a referendum on Serbia's entry into the EU, 34% of the citizens would vote "yes". But only 17 percent of Serbs believe that certain concessions should be made in order to move towards the EU. 51% are against EU integration, according to a Demostat survey, quoted by the Belgrade newspaper "Danas".

58% of respondents believe that Belgrade should not coordinate its foreign policy with the EU. 1/3 are of the opposite opinion.

40 percent of Serbs believe that their country should not take sides between the West and Russia. 81% of those asked are of the opinion that Serbia must maintain neutrality at all costs. 80 percent do not support the introduction of sanctions against Russia.

54 percent of Serbs believe that NATO is entirely responsible for the situation in Ukraine.

34% of Serbs identify Montenegrins as their closest neighbours. Tension arose between Greece and Russia over the expulsion of 8 Greek diplomats from Moscow. "Greece is not a good destination for a summer holiday," said the Russian ambassador in Athens, Andrey Maslov. He warned the Russians that there was a wave of Russophobia in Greece, supported by the media and the government.

According to tour operators, even the few Russian tourists who wanted to visit Greece this summer have given up.

Moscow expelled 8 Greek diplomats in response to the same measure a month ago against 12 Russian diplomats in Athens.

The opposition warns that Greece cannot afford to stop the consular missions in Russia, because they also serve Ukrainian citizens of Greek origin there, the BNR correspondent in Greece Katia Peeva reported.

London sends a mission to Sarajevo to counter Russian influence The UK has said it will send military specialists to Bosnia and Herzegovina to counter Russian influence, strengthen NATO's mission and contribute to peace and stability in the country, Reuters reported.

"We cannot allow the Western Balkans to become another playground for the pernicious endeavors of Russian President Vladimir Putin. By fanning the flames of separatism and sectarianism, Russia wants to reverse the achievements of the last three decades in Bosnia and Herzegovina," said British Prime Minister Boris Johnson.

"That is why we are increasing support for Bosnia and Herzegovina, responding to the call of our friends to help protect the peace they have a right to enjoy," the British Prime Minister said.

The label of the honey jar must indicate the country where the honey was produced by force of a Council of Ministers decree. The aim is to protect the health and the rights of consumers and to facilitate access to high-quality products. The document.. 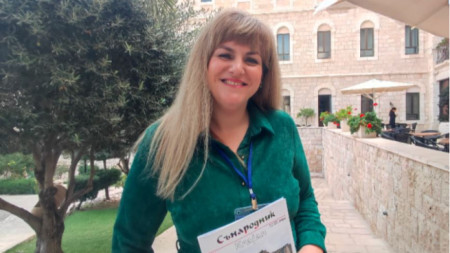 Bulgarians in Slovakia: our heart beats to the rhythm of Bulgaria

Spreading Bulgarian culture around the world and preserving our national identity in Slovakia - this is what Denica Sekoulitchka, chairwoman of the Bulgarian Cultural Union in Bratislava and editor of the Bulgarian "Sanarodnik".. 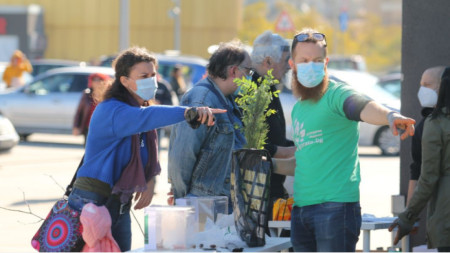