We are in for a hot August in Bulgaria this year – in politics and in the economy. On the first day of the month, all eyes are on the president – as today he issued two decrees, one dissolving the 47th National Assembly as of 2 August, 2022, and the other appointing his fourth caretaker cabinet. By doing this, the Bulgarian head of state also set the date for the early parliamentary election – 2 October. According to the constitutional procedure, the Central Election Commission now has two months to make preparations for the early election for parliament.

The tasks the caretaker government will have to shoulder are many and far from easy. And the first of these tasks is to organize fair and democratic elections. But this task is not as straightforward as it may seem – because of the election campaigning and the difficult political and economic situation in the country, not to mention the foreign policy issues.

As winter fast approaches, the biggest challenge the caretaker government is going to face will evidently be how to solve the energy puzzle and ensure that the country receives the amounts of natural gas it needs.

Gas is expected to dominate the election campaign. “The gas deliveries debate is dominated by political statements, expert analyses are an exception. There is a constant stream of accusations, politicians are capitalizing on the problem, but that is not helping resolve the issue at all,” comments Kaloyan Staykov, chief economist at the Energy Management Institute.

Just a few days ago, outgoing Prime Minister Kiril Petkov announced that seven tankers of LNG have been negotiated. What is not known, however, is when exactly these tankers will reach Bulgaria and what the price will be.

The opposition in the country says locations have not been secured for the unloading of the gas. “As the gas crisis in Europe deepens, the capacities of the LNG regasification terminals have evaporated because all traders have been turning to them, which is not surprising at all,” Kaloyan Staykov says in an interview with the BNR’s Horizont channel. “Of course, technical options do exist. But they are no easy thing – the situation is difficult in the whole of Europe, it is not something that is typical only of Bulgaria, and the purely technical capacity for such measures is also restricted.”

Resolving this issue is not made any easier by the constant tit-for-tat accusations between the, until recently ruling coalition, and the opposition. “That may be a good way to score political points, but it is not helping the situation at all,” Staykov says.

According to the experts of the biggest opposition party, GERB, the amounts of gas negotiated from Azerbaijan, as well as the seven tankers of LNG shipments announced by outgoing PM Petkov, which can provide around 100 million cubic metres of gas a month, are not enough to meet the needs of the country in the period from October 2022 until April 2023. On television, they showed a letter by Bulgargaz to the Bulgarian Energy Holding, in which, in their words, the gas company says there is no gas, and there will be no gas. And then they put forward an idea – of a 10-year contract to provide the necessary gas quantities.

“A long-term contract is one of the options, and of course, the conditions with such a contract are going to be much better than the conditions in month-to-month contracts – in terms of prices as well as amounts,” says economist Kaloyan Staykov. “Of course, such an approach is possible but it should be a calculated policy on the part of the government – they must analyse all options and choose the best one at this point in time. Nobody is saying that this long-term contract has to be for the entirety of the gas the country needs. There are many other options but Bulgargaz must forget this habit it has of getting 90% of the necessary amounts from just one supplier under a long-term contract. The situation is now changed.”

And it calls for a more active policy by the government, as well as by Bulgargaz, the expert says. He is adamant that the country should have reacted earlier. “Negotiations should have been started at the beginning of the war in Ukraine, or at least in April when Russia’s Gazprom halted gas supplies to Bulgaria. If negotiations are to be started now, one thing is certain – it is too late now,” Kaloyan Staykov says.

Providing the country’s gas supply is going to be in the hands of the caretaker government, and some fear it might make a U-turn and restore the deliveries of Russian gas by accepting the condition set down by Gazprom – that they be paid for in Russian rubles. “It is conceivable it could take such a step. Nobody says negotiations with Gazprom cannot be held so as to clear up the payment issue. But the big question that remains is how secure the gas supply will be. Because there were countries which agreed to the new conditions and Russia still cut down the quantities of gas deliveries for them. Obviously that it not a trading partner that can be relied on.” 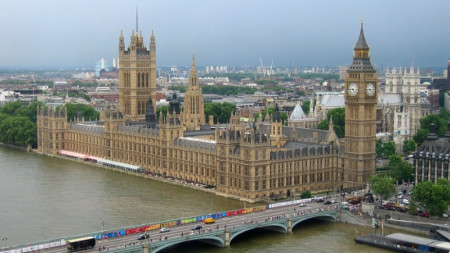 Bulgarians in the UK: Low voter turnout does not bode well for a cabinet with a full mandate

"The low voter turnout in Bulgaria is again in the interest of the parties that ruled us in the last 10-15 years. They have a solid electorate that has not changed over the years, which is again proven by the election results" - this is how Victoria.. 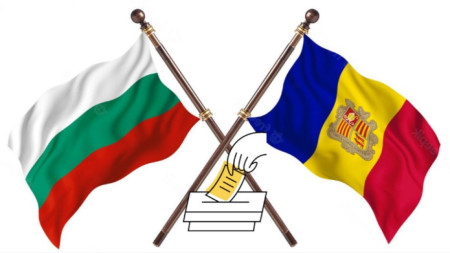