10
A relief from the room with niches - Municipality Nevestino Kyustendil, anthropomorphic figure

Rumen Zinoviev is not a geologist by profession or a researcher of ancient cultures. But he has been constantly travelling through Bulgaria in search of ancient sanctuaries, altars, and mysterious rock formations. It all started five years ago when his new hobby struck him “like a lightning":

"Together with some friends we went to Strelcha in Sredna Gora. There one can see strange rock formations, many of which were made by human hands. When I saw them I suddenly felt the need to find new spots like that. I focused mainly on the Kyustendil region. Everyone knows about the megaliths in Strandzha, Rila, Pirin, Sredna Gora. I thought there should be megaliths in my native region, too, as in the ancient past people practiced their religions through stone, wood, water and fire.”

Rumen Zinoviev has already visited several hundred sites and plans to publish a photo album, in order for people “to see the big number of mysterious places that exist in Bulgaria". Sometimes local people bring him to these places. "They know these sites but do not pay much attention to them; they have not noticed the cuts on them, the niches," Rumen Zinoviev says. He has been looking for traces suggesting human interference.

"In these rocks we recognize human activity – there are holes and niches carved in the shape of a perfect circle, a triangle. There are crossing lines and sometimes there are even images of humans. What we see are actually sculptures, such as one of a king’s face, or of animals, for example a large rock sculptured like fish," Rumen Zinoviev says and adds: "I want to discover what nature has hidden from us. I come to the conclusion that nature is quite wise because it conceals from us things we could destroy. There are many examples of objects discovered and then being toppled over or blown up by treasure hunters. One such example is ‘Krustati Kamen’ in Kyustendil - a large stone shaped as a cross dating back to times when Christianity was not the official religion in Bulgarian lands. One can see the damage we do to many valuable sites from ancient times.” Mr. Zinoviev says there are things that attract his attention, but it's hard to know whether they are the work of humans or nature. It is also hard to know how the ancients could build such huge stone constructions. "These are objects that are thousands of years old - anthropomorphic and zoomorphic figures and other structures that I call ‘facilities,” Rumen Zinoviev says. According to him, it is complicated to solve the puzzles of the past today because we have largely lost touch with antiquity. One of the factors is religion. "You know, every religion destroys the previous one and builds upon its foundations. In Bulgaria many Christian churches were built on ancient sanctuaries. It is the same with Muslims," Zinoviev says. "Many things are still hidden in our lands," he adds. "In the Zemen Gorge, for example, there are amazing rocks. But one must look hard to see them. Often, the position from where one looks at an object plays a major role. There I saw a huge head of a warrior or a priest - a harsh looking man, with eyes, nose, beard and hair, wearing a helmet. Another interesting object is a rock shaped like a human head, but, seen from the side, one can see a perfect round hole right in the middle of the head. There is another hole on the rock that is connected with the first one, and when looking through them, you see the sky. In Sredna Gora, there are two rocks next to each other. You do not need to have much fantasy to see an expression of love between a man and a woman. She is below him with her eyes closed and smiling, while he is looking at her from above." These days Rumen has been feeling happy that he found a driving force in his life. “It is all about happiness,” he says. “It is about finding things that others have not found, and about getting close to the emotions of the ancient people,” he adds. 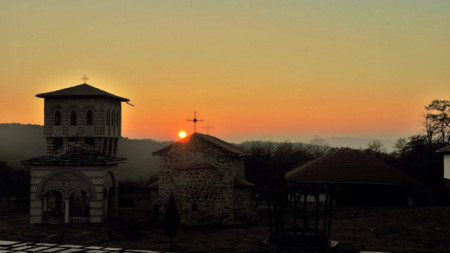 The mysticism and natural wonders of Breznik and the surrounding area

The region of the town of Breznik is proud of its multitude of churches dating back to different periods in history. In our day some of them have sunk into oblivion, their ruins a reminder of their former glory. Others have withstood the test.. 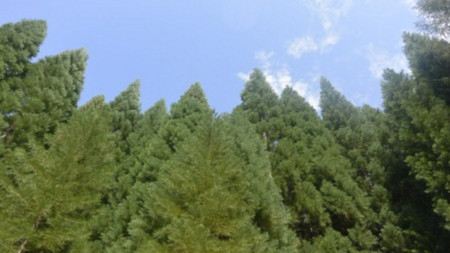 The only redwood forest in Bulgaria grows near the village of Bogoslov, the latest video of the Bulgarian Ministry of Tourism aimed to popularize little knows places in Bulgaria shows. The first saplings were planted in the remote 1880 and the.. 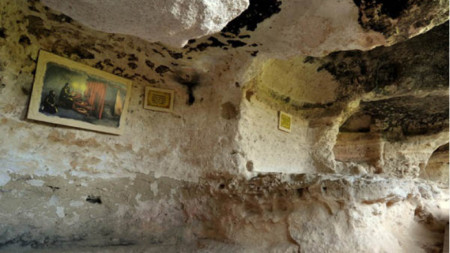 As October is quietly slipping by and the last of the warm days with it, this is the time to enjoy autumn with an unforgettable visit to the northern portion of the Bulgarian Black Sea coast. In a special video, with subtitles in English, the..