The history of Kyustendil dates back to the Neolithic period. Part of its glory over the centuries is due to the hot thermal mineral springs. According to some researchers, even the ancient name of this Bulgarian town situated in Southwest Bulgaria, means “gushing springs”. A Thracian settlement, which in Roman times became an important trade center and balneological resort known in the entire Greko-Roman world as Asklepion, was established near these springs.

Times, rulers and manners changed and the local people were enriched with spiritual and material values. The historic researches in Kyustendil began in the middle of the 19th century. The first museum collection was arranged at the Pedagogical School in 1897 and a bit later, artifacts and documents of the past were collected at Bratsvo (Brotherhood) community center. Valentin Deborichki, Director of the Regional Historical Museum in Kyustendil told Radio Bulgaria details about the different layers of the past of the “eternal town”:

Heir to ancient Pautalia and Medieval Velbazhd, Kyustendil is a town whose history as a settlement has been around for eight millennia. That is why there is a reason to call it the “eternal town”, like the ancient city of Rome. Many cultural values and monuments which remained from different periods are evidence of the town’s constant development. Some of them can be seen at the archaeological hall Asclepius. The exposition is a wonderful prelude to the story of our town’s history. That is why I advise the guests to start from the exposition. The name of the hall was not chosen by accident. We have indirect historical data that the so-called Asklepion was built in the 2nd and the 3rd centuries at the foot of the holy hill of Hisarlaka. This is an ancient spa complex with a stadium, baths and a temple of the god of medicine Asclepius. Further back in time, when Thracians lived here, there was a large and popular sanctuary of god Asclepius in the same area. You can see votive stones dedicated to Asclepius and other gods of health in the archaeological hall.

Like in other towns with ancient history, most archaeological sites in Kyustendil are outdoors such as the Roman Therms, parts of which can be seen in the city center.

“This is a big Roman bath which covers and area of over 3,000 square meters and has an extremely interesting heating system called hypocaustum. I also recommend the most valuable monument from the Early Middle Ages – The Church St. George the Victorious. In the beginning of the 15th century, the Despotate of Velbazhd fell under Ottoman rule and Konstantin was the last Christian ruler here. This was the time when out town was called Kyustendil  (meaning the land of Konstantin in Turkish). The Ahmed Bey Mosque, as well as the Fetih Mehmed Mosque, which is extremely rare monument of Muslim architecture, also date back to that period. I would also recommend our guests to visit the Museum of the National Liberation Struggles of the Bulgarians from Kyustendil and Kyustendil Area arranged at the House-Museum Ilyo Voivode. It is also worth immersing into the atmosphere of the Emfiedjieva House. You should be all means visit Hisarlaka Park where you can see the beautiful and fully-restored ancient fortress which was named after the ancient hill.” 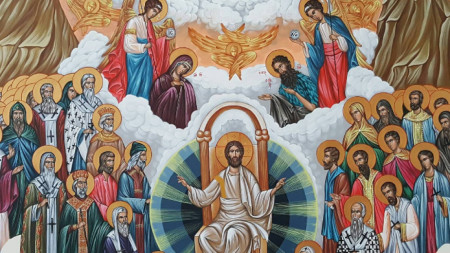 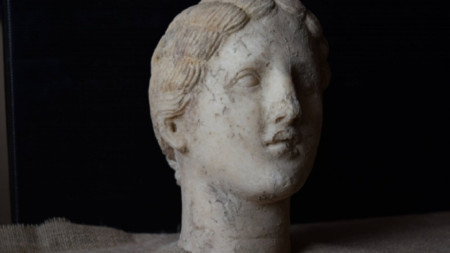