Director Galin Stoev: Model of statehood in our country is wrong

He is a Bulgarian in France, but he is not just an actor on a foreign stage as he is actually the head of the National Theater in Toulouse. Bulgarian director Galin Stoev has been holding the prestigious position for three years now. As soon as he took office, Stoev told Radio Bulgaria that the decision was difficult, because to him any position of power equaled problems. He says this is the result of the system in which he formed his worldview - the last years of socialism in Bulgaria. From then on, "everything that is associated with power seems corrupt in some way to me," the director says.

A few days ago, Galin Stoev once again showed his disapproval of the government, writing an open letter addressed to the Bulgarian Prime Minister, but the letter also expresses anger at everyone guilty of the negative image of Bulgaria. The letter contains sharp and frank criticism against the rulers of this country, in which the common man lives in poverty, accustomed to being robbed by the economic and political elite.

Stoev sees an occasion for optimism and new hope in the street protests, which have been started by young and educated Bulgarians, most of them studying abroad. What is new, according to the internationally acclaimed theater director, is that "now people do not go out to protest for more bread, or for cheaper electricity - as was the case with protests of the 90s. They are already protesting because of the deep belief that the existing model of statehood is wrong and that it is a cover for something that could no longer be tolerated."

In the open letter, which was spread by many media in Bulgaria, Galin Stoev writes: "What you forgot to see with the arrival of Covid-19 is that it brought back to the homeland a huge number of Bulgarians and also prevented others from leaving. That is how critical mass of educated and thinking men and women emerged.”

Radio Bulgaria talks again to the Bulgarian director in Toulouse, this time to learn more about his letter and the Covid-19 crisis, which has already changed theater and our lives:

"Like any other Bulgarian, I also managed to accumulate enough bitterness. The protests, which have lasted for more than a month, have channeled that energy. It took me a few days to find the exact tone of my letter. I tried not to attack the reader personally, but rather to dissect and diagnose what was happening in Bulgaria.

What is the time we live in and the pandemic symptoms of?

"Covid-19 is nothing more than a litmus test that manages to make processes taking place at a much deeper level in society visible. In this sense, it increased the need of citizens to declare their existence. That's why Covid-19 is an extremely interesting phenomenon, depending on the perspective we look at it.”

The pathos of what I tried to write is related not so much to petty criticism of a government, but to the question of meaning, Galin Stoev says and adds:

"The paradox is that we live in a very small country, but we can't put it in order. The motivation of protesters comes from the fact that they have seen abroad how a state can exist without being your enemy, but as a tool that helps you have a normal and happy life. In pure procedural manner, new leaders will emerge when elections are near.”

Why is the voice of intelligentsia not clearly heard in the current situation?

"I do not agree that the intelligentsia is not here. We must admit that the intelligentsia, just like the huge part of society, is currently in a very difficult economic situation. Part of it is literally fighting for its physical survival after all types of cultural activity stopped, but this shall pass. The point is that over the years, this group of people, which we call the individuality of the nation - the intelligentsia, have been purposefully marginalized through the use of all kinds of economic, political and social mechanisms." 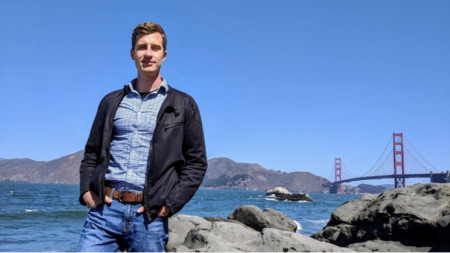 When he was a student, he often looked at the night sky through a telescope and dreamt of unraveling the mysteries of the universe. But the long hours in front of the computer, many programming competitions and ambitious high school teachers..

The figure of the saviour – still sought after, despite the bitter lessons of the past

What does Bulgaria look like on the threshold of the third parliamentary elections for this uear and a regular vote for president and vice president? What are the hopes for the formation of a stable majority capable of nominating a government?.. 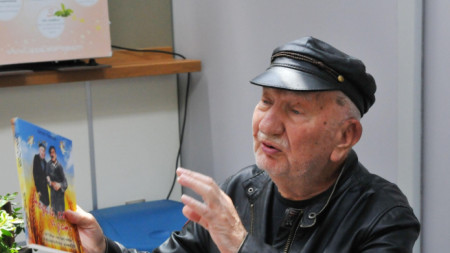 Renowned Bulgarian actor and sound engineer Johnny Penkov passed away at the age of 87, writer Ina Valchanova reported. Johnny was born as Georgi on November 27, 1933 in Sofia, in the family of artist Ivan Penkov. In 1966 he..