Ambassador Manuel Korcek: Bulgaria and Slovakia are not unfamiliar partners

2020 marks the 100th anniversary since the establishment of diplomatic relations between Bulgaria and Czechoslovakia. Regrettably, the coronavirus pandemic has caused the celebration of such memorable events to be cancelled.

In practical terms diplomatic relations have existed since 4 May, 1919, when the Czechoslovak government delegate Rudolf Künzl-Jizerský arrived in Sofia. In August of that same year a bilateral trade agreement was signed, and on 25 September, 1920 foreign minister Edvard Beneš telegraphed Jizerský that an embassy was to be opened in Sofia.

Czechoslovakia is a country established at the beginning of the 20th century over the ruins of the Austria-Hungary Empire. That was where the foundations of democracy in Central Europe were laid. That was where prominent figures of the post-liberation period in Bulgaria came from - Konstantin Jireček, the Prošek brothers, Josef Schnitter and many more who gave new horizons to the development of education, architecture, historical sciences, law and entrepreneurship in the country.

There are many historical dates which are a reminder of our common Slavic roots, but also of the experiences we have shared in the life of the generations which witnessed the start of democratic changes after the fall of the iron curtain. 17 November is one such date on which, every year, the Czech Republic and Slovakia celebrate the Day of Freedom and Democracy.

“It can be said that 17 November, 1989 gave the start to the process of awareness and of building the democratic system protecting civil rights and freedoms,” explains, in an interview for Radio Bulgaria, the Ambassador of Slovakia to Bulgaria, His Excellency Manuel Korcek:

“On 17 November, 1989 in Prague, the police brutally dispersed a peaceful student march marking international students’ day.  The day itself commemorates events from 1939 when the Nazis persecuted university students and lecturers in Prague. The wide repercussions of the police brutality quickly brought about the Velvet Revolution – the resistance against the totalitarian regime. It should be noted that the students were actually in the street demanding a dialogue with the communist government on pressing public issues on the day before the march of the Prague students which sparked the Velvet Revolution. On this day we now traditionally hold public and media discussions on the Velvet Revolution, on life during totalitarianism and on democratic change. In 1989 I was a student at university, for me and my family this date is connected with the construction of the democratic society and our shared aspiration for a decent life for all. Young people of today have never been through anything like that, that is why free discussions on these topics could be useful to help them understand these events and gain inspiration from the ideas underlying the fight for freedom and democracy.”

Ambassador Korcek added that in previous years, jointly with the Bulgarian Red Cross, they have organized blood drives in Sofia on 17 November. Circumstances are now changed, but he still urges the public to give blood. At the same time, jointly with the Czech embassy, an exhibition was presented in Sofia of illustrated editions of the Slovak and Czech constitutions. In this way the diplomatic missions of the two countries are hoping to trigger discussions of human rights among young people.

“Bulgaria and Slovakia are not unfamiliar partners, proof of this is the 1.5 billion Leva of foreign trade last year,” Ambassador Korcek says and adds:

“In Slovakia Bulgaria has an embassy, a cultural institute, a Bulgarian school has been functioning in Bratislava for more than 70 years with the support of the government of Slovakia. Our relations have been developing intensively for 27 years after the establishment of the independent Slovak Republic. But in diplomacy we have very old traditions. We have been building upon the relations from the times of Czechoslovakia - the country to which Slovakia and the Czech Republic are successors. Our relations have even deeper roots. Suffice it to go back to the recognition of the holy brothers Cyril and Methodius, or the individual contacts between Bulgarians and Slovaks even before the establishment of Czechoslovakia as a state. Today we are endeavouring to develop in all spheres as partners, and that is due to the fact that both countries are members of the EU and of NATO.”

Photos: courtesy of the Embassy of the Slovak Republic to Bulgaria and Ivo Chupetlovski 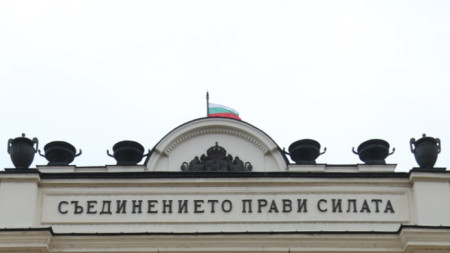 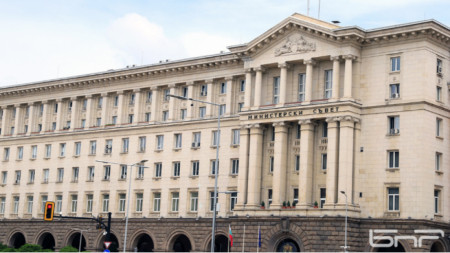