How has Covid-19 affected sports in Bulgaria?

Prof. Daniela Dasheva: Sport was forgotten during the pandemic

2020 has undoubtedly been a difficult year for sports worldwide. What is the situation in Bulgaria in comparison to other countries in terms of the adequacy of measures to support the sector during the coronavirus crisis? Radio Bulgaria asked Prof. Daniela Dashvea, lecturer in Theory and Methodology of Sports Training, former Minister of Youth and Sports in the office of Ognian Gerdzhikov. "In Bulgaria during the pandemic, the sports sector was completely forgotten," Prof. Dasheva says. She pointed out that during these difficult months, countries that care about development of sports allocated huge funds to save it. For example, in the second wave of the coronavirus pandemic Britain alone allocated 300 million pounds to the 11 most affected sports in order to overcome the crisis. "We are one of the few countries in Europe that did nothing for elite sports nor for mass sport during the pandemic. Almost everyone distributed scholarships to elite athletes at the federations with insufficient funding and remuneration of the coaches in order to maintain their motivation in a period when there are no competitions. This did not happen here. If you ask what the state gave for sports during the pandemic, no one would answer."

In other countries, funding information is public, but here this is not the case. "There are separate reports that some received support, but there is no serious program or fund for maintaining sports during a pandemic," Prof. Dasheva says. According to her, a small number of clubs, such as swimming clubs, have managed to take advantage of the 60:40 measure. Taxes for fitness centers were later reduced, but they were closed during the second lockdown, which prevented them from taking advantage of this. The fact that after all these months in Bulgaria no plans for the development and financing of Bulgarian sports in the new conditions have been discussed is also puzzling. No one is talking about the need for more investment in outdoor sports, as this is the future for the next few years, Prof. Dasheva says.

Another old problem that stands out at the backdrop of the pandemic is the lack of training centers.

Despite the difficulties, in the past 2020 Bulgaria achieved some good results in sports such as athletics and sambo, where Maria Oryashkova won 6th world title. Bulgaria also won other awards - a full set of medals from the European Rhythmic Gymnastics Championships in Kiev… However, changes in the sports calendar had a negative effect on sports achievements. "It turns out to be difficult and it is still not clear enough how to preserve sporting shape of top athletes in such conditions,” Prof. Dasheva adds.

It seems 2021 would also be a difficult year for world and Bulgarian sports.

"It will be quite difficult for Bulgarian athletes. First, to qualify for the Olympics, because we still do not have enough quotas. This will be related to sporting shape on the one hand, as they must participate in qualifying competitions to win quotas, and on the other hand they will have about 6 months until the Olympics in July-August 2021, if they take place,” Prof. Dasheva says. “The other thing that will make it difficult to participate and win medals is that we do not have serious scientific support for the training of top athletes in Bulgaria. And in the conditions in which training and competition process is to take place, there is no way to move forward without scientific support. We also do not have information what is happening with the competition and their training.” 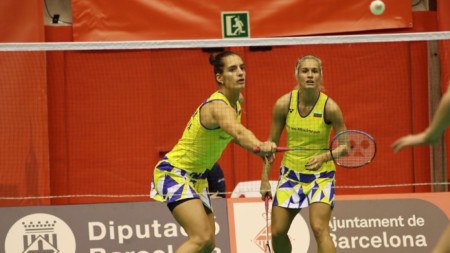 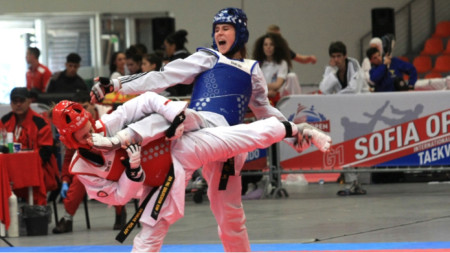 European women’s doubles champions Stefani Stoeva and Gabriela Stoeva qualified for the finals of the prestigious badminton Super 300 tournament in..