Winter exotics near Burgas on the Black Sea coast

Why are pink flamingoes flocking to Bulgaria's Atanasovsko Lake 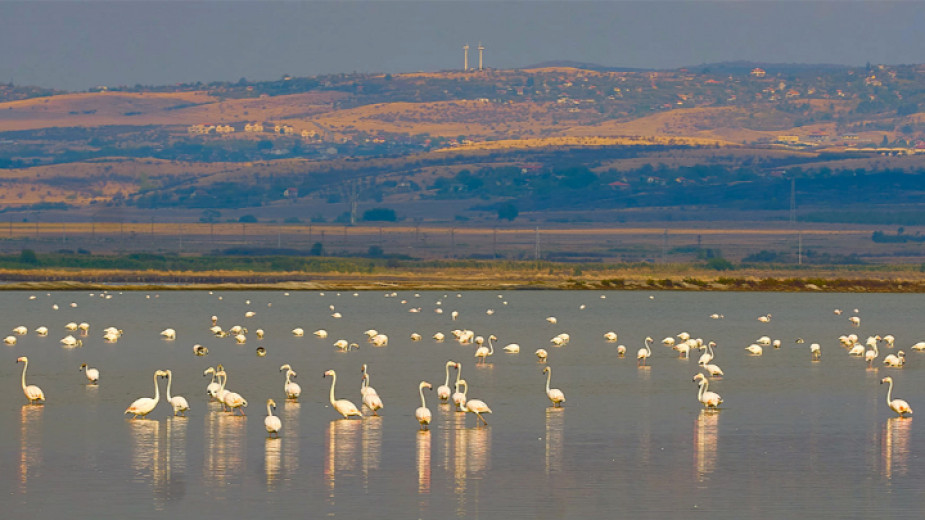 In the midst of the frosty winter, citizens of Bulgaria’s coastal city Burgas enjoy an exotic view. The Atanasovsko Lake, located in its vicinity, seems to be coloured in pink. What’s the reason? Here, for the second year in a row, a large colony of pink flamingos has made its home. The warmth-loving bird stubbornly crosses the lake's cold waters, as neither the icy wind nor the blizzards of the last week can drive it away from its new habitat.

The pink flamingo is being cared for by the Bulgarian Biodiversity Foundation /BSE/ which is working on a special project entitled the “Lagoon of Life” which is supported by the European Commission.

"I remember how the first birds appeared here 15 years ago and they were a real attraction for us. Their number gradually began to increase until the moment when, in August 2019, the first large flock of 160 flamingos arrived in Bulgaria," explains Radostina Tsenova from the Bulgarian Biodiversity Foundation. This feathered species, however, is definitely not typical of Bulgaria’s latitudes. What brings these birds here? The predominant part of the flamingoes in Atanasovsko Lake are young specimens looking for new territories in an attempt to settle far from the competition of older birds. It turns out that the "pink flocks" fly to this Bulgarian lake from nearby colonies in neighbouring Greece and Turkey. But some birds come to our country from as far as Spain, France and even more distant lands.

"Now, with climate change, the flamingoes are looking to expand their range in every possible way. They love shallow lagoons, similar to Atanasovsko Lake, and if in other countries the places suitable for it decrease, they find them here,” Radostina says, adding:

"In the last 10 years, we have been actively working to improve the conditions in the lake, and more specifically the condition of the coastal lagoon, the circulation of water in the water cycle and the nesting places of birds."

However, ornithologists are concerned that these graceful birds could threaten the biological equilibrium in the area. Currently, young flamingos, which are not yet old enough to nest and breed, predominate in Atanasovsko Lake. But if their population increases, a problem might arise. These are large birds. If they decide to nest in the area, they will compete with colonies of gulls, terns, black-winged stilts, pied avocets and other typical local waders nesting on dikes and shafts, members of the Bulgarian Biodiversity Foundation fear. Meanwhile, Atanasovsko Lake has become a favourite place for photographers and wildlife lovers.

"BSE has prepared a project called" Flamingo Destination ". We were able to identify 4 routes along which there is a high probability of spotting pink flamingos. Some are walking routes, others are cycling routes. They are uploaded to Google Maps, with the idea of making them accessible to everyone. We are working together with the municipality of Burgas in this direction," says Radostina.

And when is the best time for photos and walks along Atanasovsko Lake?

"Now, in the winter there are days when the light is very suitable and the birds can be observed and photographed well. Otherwise, the lake is most appealing in the summertime. Then it acquires colourful shades and is a real feast for the eyes," conclusion Radostina Tsenova says in conclusion. 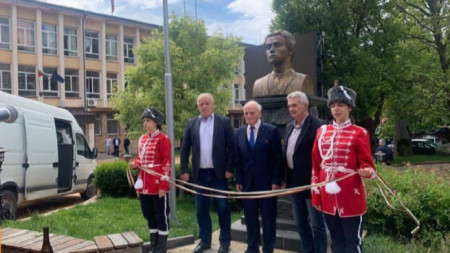