On the forthcoming world premieres, the responsibility and the excitement The piano duo Aglika Genova and Liuben Dimitrov (Genova & Dimitrov) who are also partners in life celebrated a quarter of a century on stage. Known all over the world for their concert, teaching and recording activities, they seem to have it all - prestigious awards, acclaimed achievements, recognition.

Undoubtedly, they also have a relentless spirit of research, because they are real discoverers of musical treasures, which they share with their audience with undisguised joy and excitement. After the integral edition of works by Rachmaninoff for two pianos and four hands, a new album dedicated to the work of US composer Amy Beach is forthcoming.

“Both CDs are related to our anniversary," says Liuben. “The album with works by Rachmaninoff - an extremely famous composer - appeared as a preliminary bell ringing. On the other hand, we recorded works by Amy Beach (1867-1944), who lived at about the same time, but remained almost unknown because she was a female composer. Let me remind you that in the history of the United States, her Gallic Symphony was the first such work created by a woman, and this is not her only contribution. After the death of her husband, Amy Beach began to give concerts around the world, her talent simply "blossomed". We became acquainted with her work in 1997, as competitors (then winners) in the Dranoff International Two Piano Competition due to Loretta Dranoff, the founder of the competition, with whom we had the good fortune to talk more than once about American culture. When we became artistic directors of the competition, we included works by the composer in the repertoire of the participants. And to our delight, many young artists are turning to this music”.

Among the works in the upcoming album are "Variations on a Balkan Themes", in which Amy Beach also used Bulgarian folk songs. How did these intonations reach her?

"She interacted with many different artists, especially when she started performing actively," says Aglika. “She travelled in many countries, she also visited the Balkan region. It was a miracle for us when we read that her works contained such a composition. We never thought we would have a chance to record it. The work is wonderful. Amy Beach also stays true to her Irish roots - in "Suite for Two Pianos" you will hear old Irish melodies. As a wealth of romantic emotions, her music is somewhat close to that of Rachmaninoff, but can also be defined as neoclassicism. We find many jazz harmonies, nuances, colours. It abounds in surprises. There are shocking rhythms, raging unrestrained nature of the harmonious world and at the same time - clarity of the lines. All this impressed the people who made the recordings on Cologne Radio (Westdeutscher Rundfunk Köln).

The recordings of two of the pieces are also their world premieres. Here is how the performers got hold of the sheet music:

"It was another an interesting moment - the famous Library of the US Congress declassified its archives specifically for these recordings at the request of the Women's Philharmonic Advocacy based in Boston. We received copies of "Variations on Balkan Themes" (author's version for two pianos) and "Three Pieces for Four Hands," Liuben explains, and Aglika adds that the works will be published under their editorship.

The other two works in the new project are "Suite for Two Pianos" and "Summer Dreams".

“It is well known that being the first performer is freedom, but also responsibility. In the first place, we feel the responsibility, not the freedom - When reviews come out, we do not look for the words about our performance, but about the music we have performed. We try to "plead" brightly for the composers and their works through our interpretation," the duo says.

So it is with the new recordings, which the duo can't wait to perform live.

"This is a treasure that has remained hidden for a surprisingly long time," Aglika continues. “In these uncertain times, when many people ask questions about the meaning of life, we remember the works that we have reclaimed for stage life and this gives meaning to all the difficulties. It is not only about the music of Amy Beach, but also of Pancho Vladigerov, Rachmaninoff. For me, without classical music, the world is unthinkable, there is no other art that purifies and harmonizes the soul in such a way”. 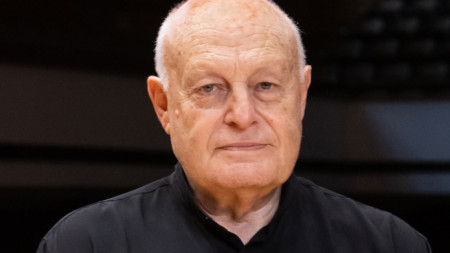 On October 1, we traditionally celebrate World Music Day. The holiday was established by the International Council of Music at UNESCO in 1974, at the..