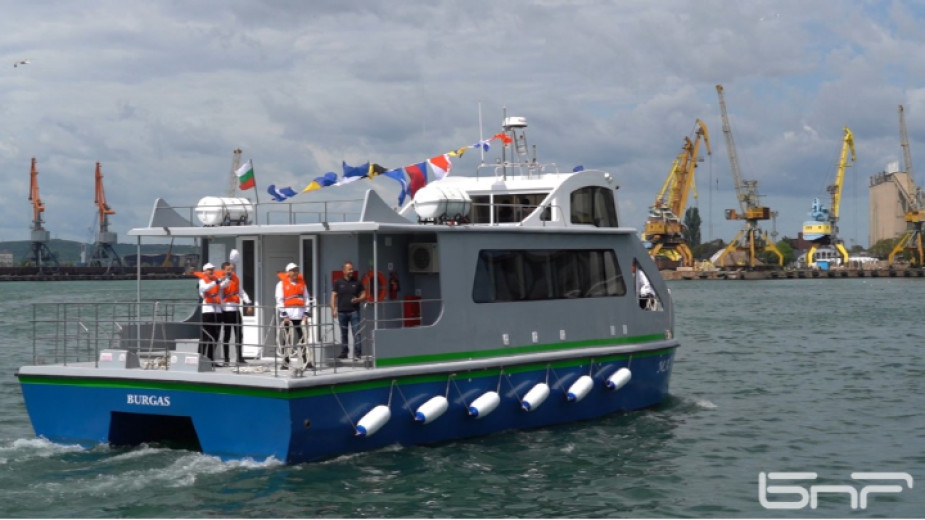 A brand new catamaran was transported, by land, from the shipyard in Tsarevo to Port Burgas, to be presented for the first time on 18 May as part of the official programme marking the 118th anniversary of the creation of Port Burgas. In the coming months it will be sailing around Burgas Bay for tourists’ enjoyment. Burgas is hoping that, like many other popular resort towns in the world, the new catamaran will become a welcome addition to its tourist attractions.

“The eco-catamaran was built under a project called “Black Sea Sailing” under the operational programme Black Sea Basin 2014-2020. The beneficiary is not Port Burgas but a non-profit association – Seagull. It is the first vessel of its kind in Bulgaria. It is a hybrid vessel which means that it can use a diesel engine or electricity – solar panels and batteries mounted on the catamaran itself – and that is what makes it environmentally friendly. It has a capacity of 28 passengers,” says Port Burgas spokesperson Katia Nikolova. The project, with foreign partners the port authority of the Greek town of Alexandroupolis and the International Centre for Social Research and Policy Analysis in Georgia, costs exactly 1,237,786 euro.

Six new marine tourist routes are to be developed, with an emphasis on the cultural heritage of the Black Sea region. To begin with, the eco-friendly catamaran will only offer tourist rides in Burgas Bay. This summer visitors to Burgas will be able to take rides to the architectural gems Sozopol and Nessebar, seaside towns steeped in history. One of the routes will be to St. Anastasia Island, where there once existed, side by side, a prison and a convent, and which is now one of the most frequented tourist attractions in the area.

When it is not used in tourism, the eco-catamaran will be used to study the depths of the Black Sea basin and analyze water quality, Port Burgas has announced. A Covid-19 laboratory is to open its doors at Terminal 2 of the Sofia Airport in the coming days. All passengers will be able to have PCR tests, rapid antigen test and other tests done. For the convenience of passengers, the PCR test..

Staro Zhelezare has for a long time been popular as an art village, part of a large-scale art project. Once they park their cars in the village square, visitors enter a surreal world in which the impossible is there to be seen on the walls.. 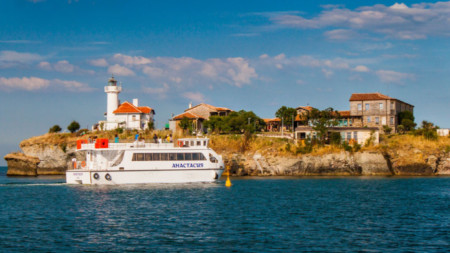 Unique spots in Burgas like the Bridge, the Central Beach, Primorski Beach, Lake Atanasovsko, a black-sand beach strip, the seaport, St. Anastasia Island, the Aviation Museum, the railway station will be the first locations to be promoted as..

A Covid-19 laboratory is to open its doors at Terminal 2 of the Sofia Airport in the coming days. All passengers will be able to have..