The numbers of the parties and coalitions on the ballot for the parliamentary elections on 11 July were drawn by lot at the Central Election Commission.

The first political force whose number was drawn – 17 – was the Left Union for a Pure and Sacred Republic, with which former PM Zhan Videnov is making a comeback. Number 1 was assigned to Together for Change movement. Vassil Bojkov’s civic platform Bulgarian Summer was assigned the number 15, Democratic Bulgaria – 23, Stand Up! Thugs Out! – number 8. 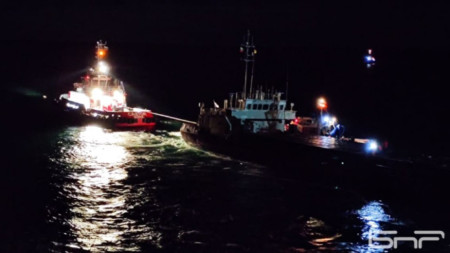 On the 36th day after the ship "Vera Su" got stuck near the protected area of "Yailata", experts successfully towed it away from the rocks. The operation with the participation of 3 tow boats lasted more than 7 hours. The ship was.. The new coronavirus cases in Bulgaria reached 5,863 in the past day. 11.3% of 51,688 tests were positive. 86.58% of the newly infected are non-vaccinated citizens, according to the portal coronavirus.bg. The highest number of..