In his first comment regarding Plamen Nikolov, nominated for prime minister by ITN (“There Is Such a People”), GERB party leader Boyko Borissov stated in Kotel, that this position should have been taken by the leader of ITN party Slavi Trifonov so as to keep the parties regarded as political partners at bay.

“That splendid fellow probably has it in him, and he is going to learn, but he doesn’t have the confidence to make decisions,” he said. In his words it would be better if Slavi took the lead for six months, put everything in its place, and then leave them be.

Boyko Borissov stressed that a government must be formed, and that GERB will give its assistance. “If needs be – when the government is voted, the MPs from GERB-SDS can step out for half an hour and help bring down the quorum so a cabinet can be elected and they can assume their responsibility,” the former PM said. In his words if elections were to be held for the third time it would be “more impossible to form a government than it is now.”

The  representatives  of the B ulgarian S ocialist P arty in the  Group of the Progressive Alliance of Socialists and Democrats in the European Parliament were the only ones  who voted against a resolution calling for a new EU strategy to.. 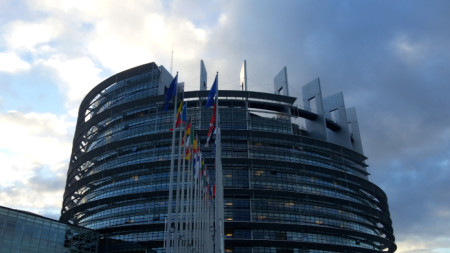 A mission of the Democracy, Rule of Law and Fundamental Rights Monitoring Group to arrive in Bulgaria next week