Four people detained over alleged mediation in a scheme for the issuance of fake Covi-19 vaccine certificates from the medical centre in Kyustendil have been released from custody in Veliko Turnovo.

At this point there is not enough evidence for charges to be brought against them. The regional prosecutors’ office in Veliko Turnovo declared yesterday that pre-trial proceedings had been initiated against them for falsifying official documents, as well as, according to the information available, selling the certificates for the price of 500 Leva (around 250 euro). Work on the version of an organized crime group continues, and if there is sufficient evidence, the case will be referred to the specialized prosecutor’s office. 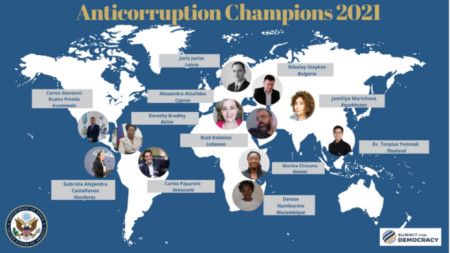 Bulgarian journalist Nikolay Staykov from the Anti-Corruption Fund is among the honorees of the 2021 Anticorrutpion Champions  A wards of the US Department of State, bTV reported , referring to the US Embassy in Sofia .  The.. Bulgaria will lodge a request for lower  value added tax  on  supplies  of electricity and natural gas. This country‘s caretaker cabinet has approved a report by the Minister of Finance to launch consultations with the European Commission's VAT..