Center for Analysis and Marketing: GERB/SDS, “We Continue the Change" and BSP in the top three for Parliament

Six political formations would enter Bulgaria’s new National Assembly if elections were held today. Another political force stands a chance of crossing the 4% barrier, a survey of the Center for Analysis and Marketing, conducted with own funding, shows. The survey was conducted between October 22 and 26 among 815 respondents. The coalition GERB/SDS would earn 22.3% of the votes if elections were held today. “We Continue the Change” would place second with 15.8% of the votes, followed by the Bulgarian Socialist Party-15.1%. 12.3% of the voters would support “There is Such a People” party. “Democratic Bulgaria” would earn 11.8% of the votes. The Movement for Rights and Freedoms would earn 10.3% of the votes.

“Stand up.Bg! We are Coming”, “Vazrazhdne” and VMRO remain under the 4% barrier, the Director of the Center for Analysis and Marketing Yuliy Pavlov said.

The survey of the Center for Analysis and Marketing is conducted between October 22 and 26 among 815 respondents, through a face-to-face interview and with own funding. 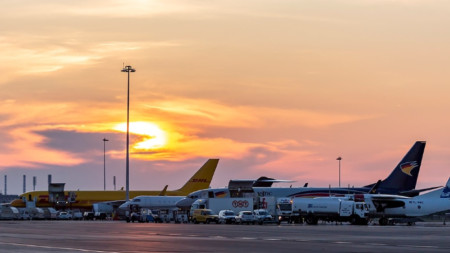