After the leadership council of the three remaining parties in the cabinet -"We Continue the Change", BSP and "Democratic Bulgaria", Prime Minister Kiril Petkov said that he would do what was possible in order to preserve the current government. "We would not allow Bulgaria to enter a series of elections," PM Petkov pointed out. At a time of war and energy crisis when the Recovery and Resilience Plan counts on the adoption of 22 laws by the end of the year in order to receive money from the EU, the country can not be plunged into crisis, the prime minister said.

Elections are not needed. They could be dangerous at the moment, Iva Miteva, MP of "There is Such a People" told Nova TV. "People are tired. I don't think that new elections would make things better, as forming a government would be nearly impossible," Miteva aslo said. However, she added she would not support the current cabinet with the ministers that remain in office. 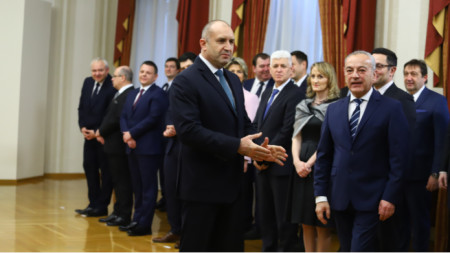 39 undocumented foreign nationals were detained for 24 hours during an inspection of a minibus near the Varna district of Asparuhovo , the regional directorate of the Ministry of Interior in Montana said. The vehicle, owned by a Sofia company, was..