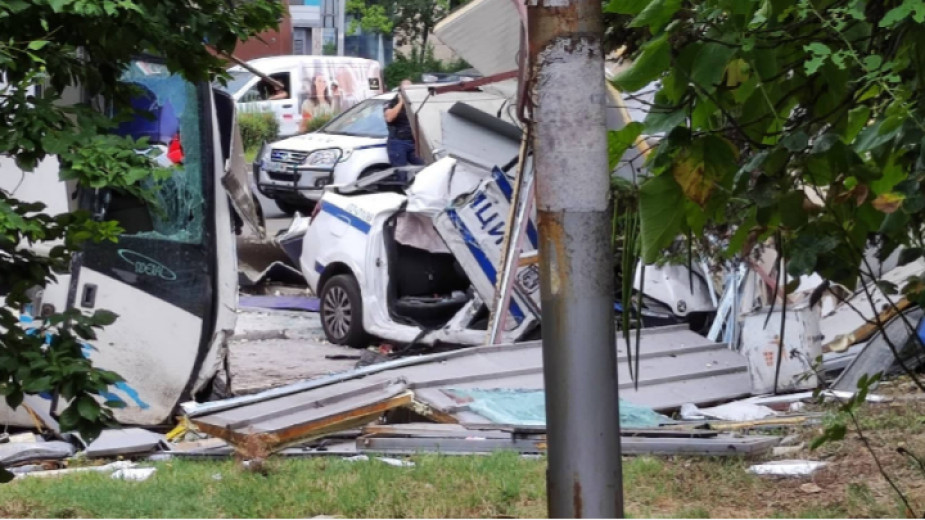 The crash site in Burgas where a bus transporting migrants ploughed into a police car, killing two officers
Photo: BNR-Burgas

The police in Burgas have detained a Syrian citizen while trying to escape. The man was involved in the trafficking of the illegal migrants from the bus which crashed into a police car, killing two police officers early this morning. He is living in Bulgaria on a humanitarian protection status.

His accomplice, also a Cyrian national, who managed to escape immediately after the crash, was detained later. The bus, transporting 47 refugees from Syria, is owned by a company from Haskovo. The owner of the vehicle, who gave it to the traffickers, has been detained. Expert reports have been assigned to clarify the facts, including a vehicle expert report. Caretaker Interior Minister Ivan Demerdshiev pointed out that the main cause of the accident was the imprecise performance of the tasks by the border police officials, because it was not the police officers’ job to stop the bus. That should have been done before that by the border police officers. Therefore, Minister Demerdziev is demanding the resignation of the former border police director Deyan Mollov who was demoted a few days ago.

The Governor of Burgas Region Mariya Neikova declared Friday, August 26, a day of mourning in Burgas Region in memory of the two police officers. 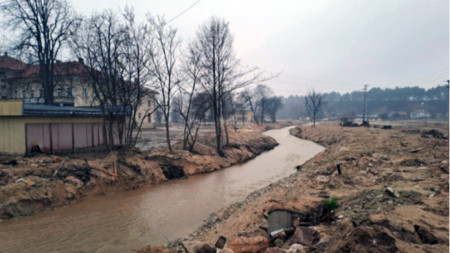 The clearing of the riverbeds in villages near Karlovo has started

Heavy machinery is clearing the riverbeds in the villages of Karavelovo and Bogdan near Karlovo, where a partial state of emergency was declared yesterday.  Millions of cubic meters of sediment have accumulated in the river valleys, which raise the..

There are complications in organizing the elections abroad on April 2

Bulgaria's Foreign Minister Nikolay Milkov reported on the foreign policy of the caretaker government. The first priority was the organization of the elections on October 2. They took place peacefully, without complaints in 755 polling stations, in 62..