Lazar Nikolov - a "project from above"

Bulgaria marks the 100th birth anniversary of the composer 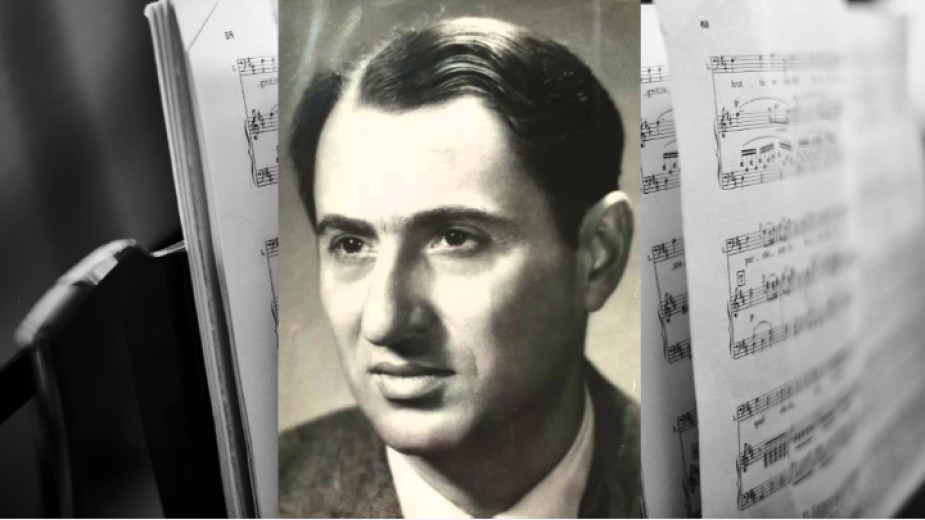 August 26 marks the 100th birth anniversary of Prof. Lazar Nikolov - an artist with a remarkable contribution to Bulgaria’s cultural history, one of the first representatives of the so-called Bulgarian musical avant-garde. His works have been performed in many European countries, as well as in the USA, Russia, etc. In the 1960s, he participated with his works in prestigious contemporary music festivals in Warsaw, Berlin, Zagreb, etc. He has recordings for BNR, WDR (West German National Radio) and several other foreign radio stations, his scores have been published by Peters and Schott-Mainz. Prof. Lazar Nikolov was also a long-time teacher of score reading at the National Academy of Music and in the period 1992-99 he was chairman of the Union of Bulgarian Composers.

Bulgarian musicians of different generations have been celebrating the 100th birth anniversary of the composer since the beginning of the year and have been including his works in their concert programs, albums, etc. His opera "Chichovtsi" (1971), based on a humorous novel by Ivan Vazov, which had not been staged before, received its double premiere on March 2 simultaneously on the stage of the Sofia Opera and the Plovdiv State Opera.

ˮLazar Nikolov was a man with a mission that he was clearly aware of. He was ‘a project from above’, absolutely unattainable." These are the words of composer Dragomir Yosifov. As a conductor, pianist (even as a bassoonist), Dragomir Yosifov is behind numerous performances and recordings of works by Lazar Nikolov. He is the music director and conductor of the choir in "Chichovtsi" of the Plovdiv Opera, where he has been working for years. He met his future composition teacher back in 1982, as a student at the Music School in Varna.

“I played him one of my compositions, which he very much approved and this inspired and pleased me. Two years later (I was in 11th grade) I decided to stage a concert of his works. The enthusiasm for his music was already in me and I wanted to share it with other people. It was a very nice concert, on May 22, 1984. The hall was full – there were musicians from Varna, parents of classmates. Lazar Nikolov came especially for the event from Sofia. In a magnificent, quiet way, he was a very charming man and held the audience's attention. He was always extremely tolerant of performers and very often showed his trust in their abilities, imagination, creative activity. He knew that his music was much broader than any interpretation, so he was tolerant."

Lazar Nikolov's manuscripts are stored in the Central State Archives, Dragomir Yosifov tells us. He himself has countless copies of scores, as well as notes written by his teacher after the premieres of some works.
ˮLazar Nikolov gave me permission to make corrections, to make these remarks in the scores when I work with his music. He had his vision of colors, of tempo, which he reflected after the performance in the work. The works are not relevant without these clarifications. I have started applying them, but it is a huge task. I am happy to see that many young people are playing his music. Some are given enlightenment and understand how to fulfill it, others continue to search. This is very important because they choose this music, no one is forcing them to do it. The music itself shines and attracts them with its brilliance."