In the first quarter of this year alone, Bulgaria imported 88,000 tonnes of fresh vegetables and nearly 95,000 tonnes of fresh fruits, according to data from the National Statistical Institute. On the other hand, the areas planted with fruits traditionally grown in Bulgaria are constantly decreasing, according to data of the Ministry of Agriculture.

Imports of apples, strawberries and pears have jumped by nearly 50% compared to the first quarter of 2020. Experts note that there is a drastic decline in the harvest of cherries.
Bulgarian farmers plant less and less vegetables, with the main decline being in cabbage, of which in 2021 the quantities planted were 82% less than in the previous year.
Since the beginning of the year, Bulgarians have put 4,000 tonnes of imported tomatoes and as many cucumbers on their table, instead of those grown until recently in domestic greenhouses.
Radio Bulgaria News    apples cabbage cherries fruits pears strawberries tomatoes vegetables 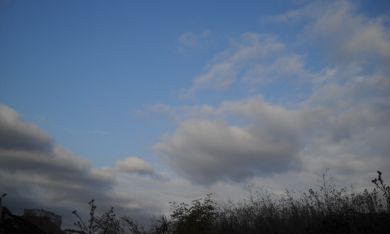 During the night the clouds will break and the sky will be mostly clear. The lowest temperatures will be between 13 and 18 C°. Tomorrow, clouds will be more prevalent and rainfalls and thunderstorms are expected in the southern.. Airlines for passenger transport will not receive state aid, although the updated budget envisages a target of 30 million euros, the chairman of the Bulgarian Aviation Industry Association Todor Ivandzhikov has told BNR. According.. Clashes with police erupt during protest over severe accident

Clashes with police erupted during a protest in Aytos over an accident in which a truck crashed into a car, killing a father and two children and injuring a 17-year-old boy. Tensions escalated as a march of more than 1,000..