Did you know that the building of the Sofia City Library in Slaveykov square was designed by one of Bulgaria’s top female architects – Victoria Angelova, in 1926? And if you are asking yourselves why this fact is so important, let us say that it is part of the history of Bulgarian architecture and of the world’s fight for gender equality.

Like many other professional spheres, in architecture, women had to fight their way in a hostile environment to prove their talent and earn the right to an education and to a professional career. This is illustrated by the exhibition “Madam architect, FRAU ARCHITEKT”, presented in this country by Goethe-Institut, Bulgaria and the Bulgarian Modernist Architecture foundation, dedicated to 20th century women in the profession. The exposition opens on 4 July, in Sofia’s City Garden, and presents 20 portraits of ladies and their pubic and historical contribution in two different contexts – German and Bulgarian. The first part of the exhibition focuses on German reality, and it was prepared by the German Architecture Museum (Deutsches Architekturmuseum) in Frankfurt. It has already been put in display in a number of European countries, Bulgaria’s contribution here being that it supplements the overall picture in Europe. It is the work of Vassil Makarinov and Teodor Karakolev from the Bulgarian Modernist Architecture foundation. The two historians have been working very hard in recent years to popularize and preserve good architecture practices from the period between the two world wars. What makes the project in Sofia different is that the German exhibition is not restricted in time, and reaches right up to the present day, while the Bulgarian part only covers the years between the two world wars. “This is the initial period when women were being allowed to enter this conservative, male sphere at all,” says Teodor Karakjolev in an interview with Radio Bulgaria:

“The first female architects in Bulgaria appeared in the World War I period, as many men were fighting at the front and a professional vacuum opened up that had to be filled. It is very important to say that in this period there was no architectural education in Bulgaria, and anyone wanting to obtain a degree in architecture had to study abroad, mostly in Germany – Munich, Dresden or Berlin. By the mid-1940s, there were around 30 Bulgarian women with architecture degrees.

The percentage of female architects was low – under 10%. Prior to 1935 there were a little over 400 architects in the country all in all. Regrettably, we know very little about the work of the first two certified female Bulgarian architects – Maria-Luisa Doseva and Elena Markova, who graduated in 1917 in Darmstadt and in Berlin, respectively. The most prominent names – Victoria Angelova-Vinarova and Elena Varakadzhieva-Skordeva, who form the main body of the exhibition, earned their diplomas a little bit later, at the turn of the 20th century.”

There are many parallels between the Bulgarian and the German reality for women in architecture. They all had to face society’s prejudices, but, in many cases, were able to overcome them, and that goes to show the level of their single-mindedness, says Teodor Karakolev:

“One of the interesting things about Victoria Angelova is that she started practicing architecture at the Ministry of Public Buildings and won one of the competitions held, but the investor didn’t trust her and opted for a different architect. And the reason for this was that she was, at the same time very young and a woman, he said. But this did not deter her, and as the years went by, she made a name for herself in the country’s public life and in her professional sphere. “It was interesting to see that our colleagues from Germany lay an emphasis on the fact that Iris Dullin-Grund earned a similar high position as city architect in the German Democratic Republic in the 1960s, while in Bulgaria, the same thing happened, only in 1926,” Teodor Karakolev says. The Madam Architect… exhibition features portrait photographs, blueprints made by hand, plans, drafts, diagrams and decorative drawings that takes us back to those glorious first years. In our day, whether they were designed by a man or a woman, the buildings from the first half of the 20th century in Bulgaria share one problem – the problem of preserving the cultural heritage of the country which they are part of.

“As modernism advanced, a more streamlined style prevailed, relying not so much on ornamentation as on the volume of the buildings, the colours and especially the façade plaster. And very often this is seen very clearly during the architectural tours we organize in different towns,” Teodor Karakolev says.

The exhibition Madam architect, FRAU ARCHITEKT will be on display in the Sofia City Garden until 18 July.

Photos: provided by the organizers 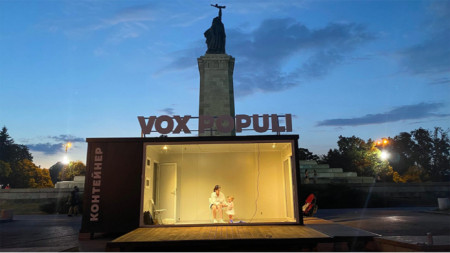 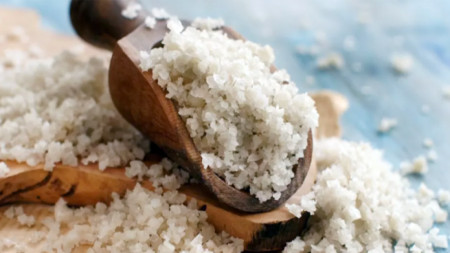 A salt fair is taking place in Burgas

The seaside Atanasovsko lake is located near Bulgaria's Burgas. On August 12, 1980, the nearly 9 km-long lake was declared a national reserve, with the aim of protecting and conserving the rare species of birds that inhabit it. Today, the northern.. 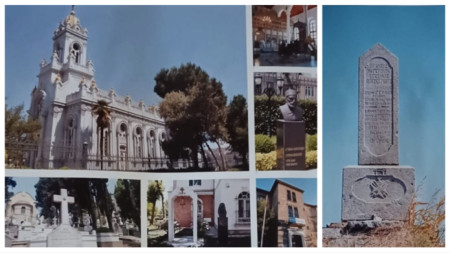 A group of researchers are on the trail of the places that have kept the memory of Bulgaria, so as to outline the country’s cultural bounds outside its national borders. These include monuments, war graves, fortresses, churches, monasteries.. A salt fair is taking place in Burgas

The seaside Atanasovsko lake is located near Bulgaria's Burgas. On August 12, 1980, the nearly 9 km-long lake was declared a national reserve, with the..

A group of researchers are on the trail of the places that have kept the memory of Bulgaria, so as to outline the country’s cultural bounds outside its..

Next to one of the most socially accepted monuments in recent months - that of the Soviet Army in Sofia, a new space for culture in an urban environment..